In an effort to elevate the arts and nurture a learning environment defined by creativity, Emma Willard School has identified the need for a state-of-the-art performance, rehearsal, and gathering space on our campus. This element of our strategic plan has been embedded in the aspirations of the Infinite Horizon campaign and will become a reality in part through a momentous lead gift from philanthropist Alice Dodge Wallace ’38 (1920–2020). 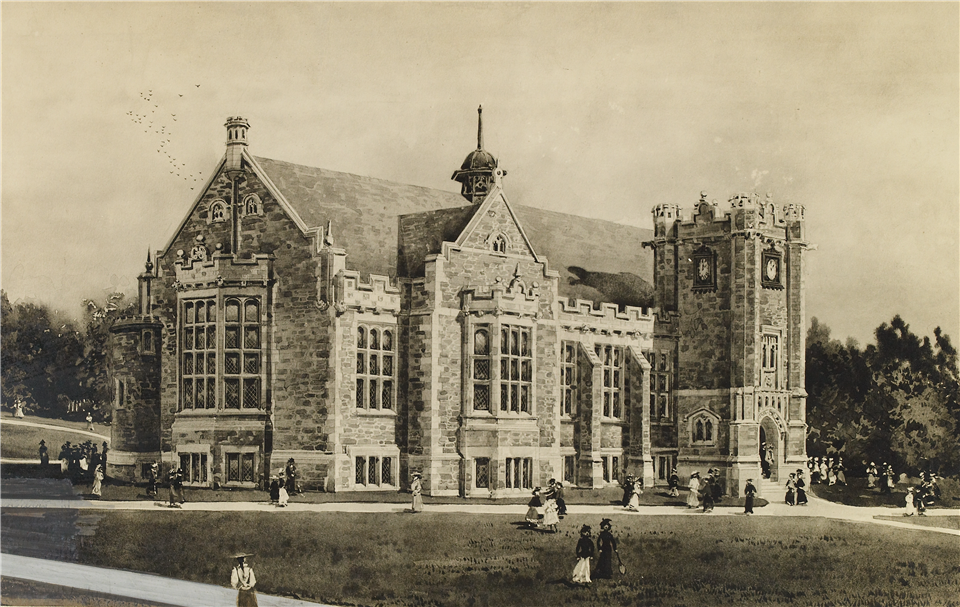 Our faculty, administration, and trustees have begun the work necessary to envision the Alice Dodge Wallace ’38 Center for the Performing Arts. Integral to this new space will be a transformation of Alumnae Chapel, which has been central to the student experience at Emma Willard School even from its early days as the school’s gymnasium. One of the three original Mount Ida structures, the then-gymnasium was slated for renovation after World War II, making space for chapel gatherings and an expanded focus on the arts. In the October 1945 Bulletin, it was reported that an architect had been named to present “proposals to include more adequate use of our present buildings and better provision for the study of the arts and religion.”


Almost 80 years later—after many years of discussion and research by the Board of Trustees—an architect has again been appointed to reimagine this iconic space. The team at Ann Beha Architects of Boston is known across the United States for their work in preserving and revitalizing historic architecture for contemporary use. Their careful attention to the historic structure of Alumnae Chapel will not only maintain its grand façade and role as the center of campus, it will also increase the functionality of the space by bringing it into the 21st century, with technology and acoustics to match. The renovated auditorium will—for the first time in many years—accommodate the entire Emma Willard School community to gather together with seats for up to 450. The renovations to the concert hall will preserve the one-of-a-kind baroque organ, designed by Fritz Noack (father of Wiebke Noack Theodore ’77). As these renovations are made to the chapel, Emma Willard is exploring the designation of a sacred space—inclusive of all faiths—for reflection, worship, and times of joy and sorrow.


New construction on the east side of the chapel building will expand our dedicated space for choral, orchestral, theatrical, and dance rehearsals and performances. The architects have envisioned spaces for faculty offices, set and costume shops, and an exhibition space. Morning reports, convocations, concerts, theatrical productions, lectures, social gatherings, and receptions will all find an accessible, welcoming home in the foyers, porticos, and performance venues that make up the Alice Dodge Wallace ’38 Center for the Performing Arts.